Throughout this process I have adopted many new transferable skills:

So far, I am pleased with my progress on my magazine. Here’s a few things that I think have gone well so far:

My magazine still has lots of improvements to be made. It would be even better if…

Throughout this process of creating and designing my magazine I have become more confident using Photoshop and Indesign.

One tool that I have found really useful during this process, particularly when constructing my contents page, is the drop shadow tool. This has been very helpful to make the artists look like they are coming out of the page, making them appear closer to the readers. This effect added to the fact the artists were untouchable stars, adding to the extraordinary side of a star from Richard Dyer’s Paradox of the Star theory. In Photoshop, the eyedropper tool was very helpful to match colour schemes. It was particularly useful when creating the paint lines on my DPS. I was able to match the colours to those in the flowers which enabled the magazine to look coherent. Being able to match these colours and choose colour schemes has helped me to convey my genre in the most clear way possible. For example the colours associated with country music are oranges, reds, yellows and black which I have tried to include in my magazine.

Overall, I think these design techniques that I have been experimenting with and using have been very beneficial in the process of creating my magazine. These tools are helping me to construct a magazine with small details that help to convey my narrative and genre.

Since beginning to create my music magazine I have learnt many helpful new skills and production techniques.

Production techniques: I have learnt that in order for a photoshoot to run smoothly, it is important to plan out every detail including equipment, costume, hair, makeup and who is bringing what using a production meeting agenda. I think I was successful in planning out my shoots as my models and I knew exactly what we were bringing. For example, for my second shoot I knew it was essential to bring flowers as they added to the country-folk and feminine image of my artist. Something I could’ve been more organised on is planning my shots and the poses for my models. This would have made the shoot even smoother as the model would be clearer on my direction.

Photography: From my photoshoots I was able to produce some images I was really happy with. Particularly from the first shoot. I learnt from my second shoot that it’s important to capture as many images as possible, with a variety of poses in order to have lots of good ones to choose from. On my second shoot I felt I wasn’t as successful at this as it was difficult to capture a huge amount of photos on location. Taking a few hundred photos enables you to find the perfect shot.

Photoshop: I have learnt to cut out an image using the magic wand tool, which is more difficult than I thought. I found a hat was really useful to cover the hair and make it easier to cut out. Some other tools that I learnt to use were the dodge and burn tool. These helped to brighten and darken my images wherever I wanted. This was helpful when editing my double page spread photo as I was able to draw attention to the flowers. 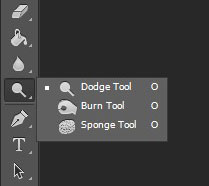 I have also learnt to put any filters and effects on the photo in photoshop before exporting it to Indesign. Here is the first draft of my front cover for which I used the image that I cut out and edited in photoshop: Indesign: On Indesign I have learnt to use the frame tool which is really helpful when placing and resizing images. Another tool on Indesign that I used to experiment with was the text effects tool. This enabled me to edit my text to best fit the country genre. For example, the masthead is a very important piece of text on my front cover so I added a drop shadow to it to make it stand out:

Mission statement: “Roots is devoted to spreading the love of the new age of country. By featuring up and coming country artists, the best new songs to inspire your playlists and introducing ways for you to get involved it aims to spark interest in the new generation of country listeners and prove that country can be fun too.”

Brand values: Roots aims to entertain and inform their audience, whilst also giving them a sense of community and a magazine to interact with.

In order to produce great photos of my star I will need to use all of the skills I have learnt.

This includes the importance of mise-en-scene:

And putting to good use the camera techniques I’ve learnt:

I have researched conventional mise-en-scene of the genre and have planned a costume, hair, makeup and props to fit in with this, whilst also making my star unique.  I have also got my Pinterest moodboard to refer to whenever I need inspiration of how to reach my target audience.

I will also try to communicate my star’s image using Richard Dyer’s Paradox of the Star theory. Using these ideas I aim to make my star absent yet present and extraordinary but normal all at the same time. Also, using Stuart Hall’s Reception Theory will help me to cater to my audience by understand their reactions and reception of my magazine.

After learning about about all of the components that I will need to make up my magazine and experimenting with them, I am now ready to start making media. I have listed everything I will need to consider below:

There are so many factors that contribute to producing an image with a narrative behind it. Firstly you need to consider the MES which includes the following:

These denotations all work together to create an image that has clear connotations to an audience.

Another factor to consider is camera framing. This is used to represent feelings and ideas of the models and to evoke emotions from the audience. This is carried out through the use of angles and distances. For example, if you wanted to make your audience see that your model was afraid and vulnerable you may use a high angle to show their lack of power. Also you could use a close up so your audience can clearly see the emotion on the model’s face so they can understand the image and empathise with them.

After reflecting on how important MES and camera framing are, I now know how crucial they are to consider when it comes to producing my own media. When creating images for my music magazine I will need to consider the angles, distances and MES in order to produce effective images for my audience to clearly understand the narrative behind them.