So how do you link the Big Ideas –

to the ‘trickier’ concepts of how Postmodern media:

Mr Gregson will explain the way we are going to put your portfolios of evidence together. We noticed that many of you spent too much time, describing in too much detail, the various case studies and examples. You need the bare bones for these as you need to spend the rest of the time, broaching the key contexts and debates in order to maximise your marks.

The key concepts that should be on your radar are:

So in terms of Media Regulation – they are either the officially recognised bodies that regulate the media or the individual groups elected by the Media platform themselves.

The main debate about Gatekeepers is that:

How do you resolve the ever present argument of:

Before your first formal assessment for Media Regulation, you need to ensure you have planned all 4 of the key areas.

Sample questions are on the class slideshare.

Make sure you consider the wider contexts and debates, include terms, case studies and cite a couple of theories.

Mark Zuckerberg is now agreeing to tighter regulation of the internet with the caveat that if really offensive, harmful, extreme content does get past their moderators or algorithms (their own gatekeepers), they, the Tech Giants, should still not be prosecuted. Read the full article by clicking on the headline.

Trump, having been banned from Twitter, is going to set up his OWN MEDIA PLATFORM – in light of his banning and the right wing TV channel FOX NEWS even criticizing his recent behaviour. With all his money, he can go somewhere else and create his own media platforms. So will Media ever be regulated with moneyed men in suits being able to ‘rule the roost’? Former Cabinet Minister, Dr Liam Fox has come out to defend free speech on line and protect those who are bullied on line as a result of the J K Rowling recent row. There are some really good phrases and quotes you can use in this article.

He says it would be dangerous to allow a situation to take hold in which ‘newspapers are operating under much stricter laws than their digital counterparts’.

And he will also call on the Government to tackle the social media giants over the ease with which people can use anonymous accounts to pump out messages that would otherwise be illegal.

Dr Fox describes free speech as a ‘basic human right’, adding: ‘Freedom of expression, especially a free press, is a means of underpinning other human rights through the ability to expose abuses and persecution.’ But he points out it has always had some limits, such as incitement to crime and libel.

Did you know that in the 1930’s when King Edward VIII was wanting to marry a previously twice divorced American heiress, Mrs Simpson, the newsagents were required to cut out any images of her and articles about her from any imported American newspapers?  The British Press had a gentleman’s agreement with the Monarchy to avoid any ‘gossip’ stories about the Royal Family but of course, the American Press did not. In the end the story got so big, when he abdicated that the previous gentlemen’s agreement was shelved.  A form of Royal regulation existed – a great example of regulation being impacted by the cultural, political and religious zeitgeist of the time.  The Royal Family today though are seen as ‘fair game’ for whatever the press want to publish about them. 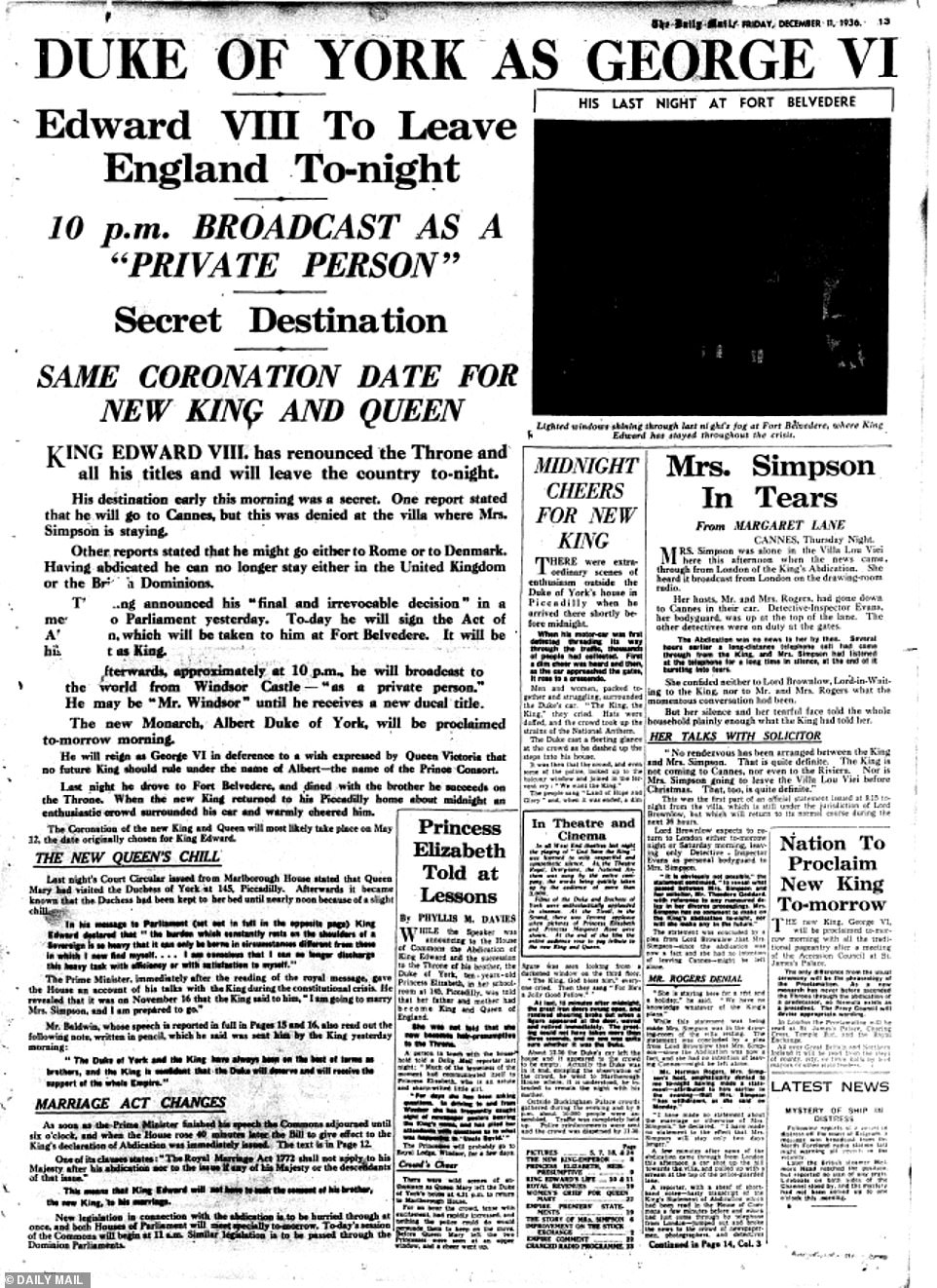 Meghan Markle has proved that her private details have recently been hacked. Read the article and see if you think you could use this up to date story as evidence that regulation is not effective.

‘There have been almost daily anti-BBC articles in Chinese state media since mid-February.

It follows a decision by the UK broadcasting regulator Ofcom to revoke the licence for China’s state-run overseas broadcaster, CGTN. For years, China has broadly criticised Western outlets for reports on affairs in Xinjiang and elsewhere in China, saying they should not intervene in China’s “internal affairs”.

But these latest attacks on Western media are a clear escalation.

Chinese domestic media outlets have praised their government for banning the BBC’s World News channel, although it was only available in some international hotels and residential compounds where foreigners live.’

So Chinese Government censorship of the internet is alive and kicking. Do these actions seem justifiable to protect it’s Digital Sovereignty or is the impact harmful for its citizens?

What about The Western Model of Online Regulation?

And you all remember Trump being ceremoniously dethroned by Twitter who argued he was inciting citizens to violent action. This article in Forbes in the USA, argues this was neither an illegal or unfair action. Platforms can ‘dethrone’ whoever they like – terrorists, abusers, extreme political groups – so in this case, it just happened to be the President of the USA! This is Twitter’s Explaination in a nutshell:

Many Trump supporters were arguing it was against the 1st Amendment and therefore an illegal act – however, platforms can apparently refer to their own terms and conditions and this is exactly what they did.

Trump moved to Parler, an app that encouraged free speech, but Parler itself was taken down by down by Amazon, Apple and Google!  The companies pulled support for the “free speech” social network, all but killing the service. Platforms regulating platforms.

This could be a good case study for how internet platforms are endeavoring to tow the line and perhaps do have our best interests at heart. But make sure you put this in context to the fact that in the UK, the new laws on internet harm, won’t be in place to next year and indeed tech giants do not want to ‘police themselves’, Mark Zuckerberg himself is requesting legislation, which at once protects free speech and also regulate against online harm and disinformation.

The UK parliament has been debating new laws that should take effect next year in order to regulate the ‘harmful’ side of the internet without encroaching on freedom of speech and pluralism.

It appears that even the ‘Tech Giants’ are going to be included in these new laws where huge fines and even criminal proceedings will be the result of any offensive material that appears on someone’s platform.

Have a read of it and see the key points highlighted with comments by the side.  The technology involved in this process is going to have to be immense as is the ‘gatekeeping’ of it, but the onus seems to be on the platforms themselves, so perhaps the Tech Giants will no longer be able to hide behind Section 230. Smaller companies will have to invest huge amounts of money to ensure their platforms are as ‘safe’ as possible and their responses to complaints etc are as robust as possible.

Click on this link to see comments too on the new proposals.

Some of the questions in the Media Regulation section of Component 4, are based around examining how regulation works today and how it used to work and the reasons for the changes over time. Read the infographic for some information on just some of the pivotal moments in the history of publishing, news and freedom of speech. It not a definitive list but gives a basic guideline to some key moments. Whilst, there are no formal regulations to monitor and censor the internet and the tech giants continue to argue, they do a good job of ‘self-regulating’ content, there are ways that the internet IS BEING REGULATED far beyond our knowledge, reasoning and understanding.

Every time Mrs C, watches a ‘rescue dog’ video on instagram, strange things happen. More dog videos appear!  And it is the same with all our viewing and clicking content – the control of what ‘pops up’ is not within our control

However, what is more worrying is that it is not just the tech giants getting involved in surveillance, algorithms that direct our engagement, governments too are quietly and carefully curating our content.  China is alleged to be a master of this craft. See below.

So the Tech Giants understand our concerns at our fear of being ‘directed’ and ‘managed’ by them and also being at their mercy of seeing harmful, offensive and misleading content. So there are plans afoot to start to self regulate more in the UK – but will these measures go far enough?

So, even though there are no specific laws, rules, legal codes to enforce internet regulation, the regulation will continue to be at the mercy of the platforms and even more worryingly, governments themselves.

WATCH THESE VIDEOS AND MAKE NOTES – they will help with case studies, references, terms to use in any question on Media Regulation, particularly if it relates to how regulation reflects society, reflects changes in politics, reflects the ‘zeitgeist’ of the time or how changes in technology are making it harder for the internet to be regulated.