The front page, contents page and double-page spread of a new music magazine. This is an individual edition of a music magazine.  All of the images and text in the magazine are original and produced by me with a minimum of 4 of my own original images.

Adverts have to be targeted to a specific audience to receive the most amount of attention, certain audiences will be interested in different things in adverts, all audiences are different depending on age, gender, where they live and ethnicity.

For example, food magazines might advertise a type of food or ingredient but it would never be seen in a music magazine as it is not relevant, audiences will want to precipitate in the action from the magazine so the adverts have to call out to them.

These images are ideas for adverts, they are all high resolution so that when I put them into my magazine they will be clear and fit in well to the magazine, therefore, completing it as a professional magazine. 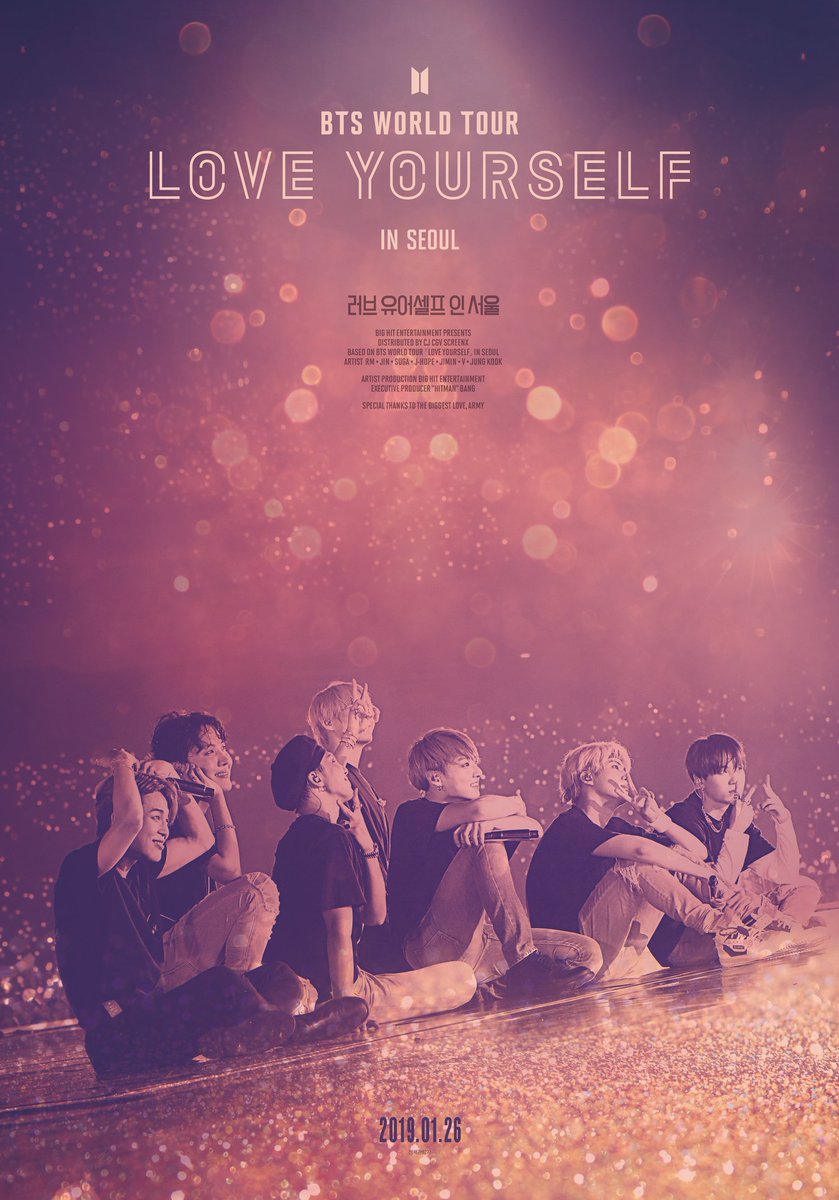 This advert of a BTS tour in Seoul would be an effective advert in my magazine as teen girls will want to go to the tour and be part of the community and get closer to the idols, it is a rare experience to go to a Kpop concert as all the tickets sell out. If the tour advert is present in a magazine more people will be aware of the date and times of the tour, the target audience will want to go to concerts and tours as it affects communication with other fans of the group and builds personal interest. From the use of celebrities in the magazine audiences are much more likely to purchase the magazine and what the advert is advertising. 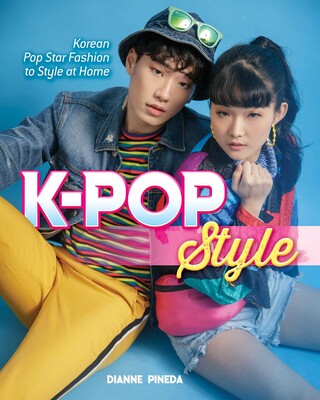 The advert of the Kpop style ideas will give the demographic a sense of personal identity within the magazine reinforcing their interest in the genre of Kpop, by building a sense of interest in Korean fashion audiences will be able to expand their community and get the chance to meet new people who are interested in the same thing. The bright colours and pop in the advert will catch readers eyes, and by following the fashion of Kpop audience members may feel closer to the idols and celebrities. Having this advert in the magazine it relates to the genre of Kpop as it focuses on Kpop fashion. I have made many changes to the magazine pages as a whole to give more an effect to the audience, I have struggled most with the development of the double-page spread most as I had such a long article and had to cut it down significantly. I have enjoyed creating my magazine regardless of the stress that it came with.

Below is my second and final draft of my contents page and I am very pleased with the outcome, I have edited it so that all the previous targets have been addressed in this draft to make it the most effective it can be.

I have changed the format of the photo so that it stands out more and looks much more effective against the purple and blue background, the black borders give a deeper sense of urgency for the audience to look into the KDREAM group. The words going over the image really call out to the reader as the words look like they are coming out of the image at the reader, the size difference in each image gives a 3D effect making the members seem like they are present in the contents page.

The changes in the caption articles within the fonts and colours make them stand out to the reader and look very inviting to them, the page numbers have been put into blocks reinforcing the idea of the 3D effect making the articles seem more appealing.

In conclusion, I am pleased with the second draft of my contents page and think that it is effective towards teenage girls, the whole page jumps out at the reader possibly seeming a little overwhelming at first but mainly effective and resulting in a reaction of surprise and excitement to the contents of the magazine. Below is the first draft of my contents page, within the page I have linked the colours from the front cover to this page to help to make a connection for the readers. Along with this I have put the name of the magazine i the corner as a stamp to reinforce that everything in the magazine is owned by K STORM magazine. This cover is very bold and bright which will catch the attention of the readers and interest them into reading  the articles.

I have put the KSTORM website link to show that readers can get more articles and gossip from the website, the Instagram and Twitter symbols are present to show presence on these media platforms. For a first draft I think this contents page is very effective as it is not boring and looks very exciting, with the red giving a sense of urgency to read the articles. I have added many more aspects to this contents page to make it more interesting for readers, these points include changes in the fonts within the captions to make them each stand out and look exciting for readers, however this could overwhelm some readers as it can get difficult to focus on one article name. The Korean flags give a reminder where the magazine originates from and what it covers in the music, the caption that goes with the main photo of KDREAM is on yellow which gives a powerful contrast to the red in the photo making the members of the band stand out. Finally, the touch of the lines going down the sides and under the contents gives an edge of design and professionalism making this contents page very effective that speaks to the target audience and demographic.

To create an effective and powerful content page that speaks to the target demographic of that magazine, the colours, fonts, and design of the page need to have a message to the audience. Contents pages have to be bold and big to capture the attention of readers, and must not be overwhelming with words and paragraphs. The best contents pages have catchy headlines involved and stand out to readers with colour schemes and fonts.

A contents page is where the reader decides what to read in the magazine so it needs to be clear and simple so the reader can immediately go into reading an article, it is a menu. Normally it is a page into the magazine so it is the first thing audiences see in the magazine. Sometimes it is a double-page spread but normally is a single page with one bold clear image but there can be more than one, on some content pages the name of the magazine is on the page so that it links to the cover.

Within this page, there need to be clear technical conventions so that it stands out and is bold.

Headlines are very important to have effects on the readers and to grab their attention, to build a desire within them to get them to turn to the page of that article. Language techniques should be used in headlines to stick in the reader’s mind so that they become interested in the article, headlines that include numbers are very attractive as people like numbers and they are easy to read.

With these techniques of putting together an effective contents page, I hope to create a very powerful page with the correct colour scheme. My contents page should interest readers into the genre of Kpop and the articles about the music and celebrities involved in the magazine. Contents page ideas are below to help me when designing my own contents page for the KSTORM magazine. In my second draft of this article, I have many changes and have reached my targets set from the first draft. All these changes have made a significant impact on the article as the colours work well along with the fonts to speak out to the target audience.

I have cut down the article significantly and now have more space to edit and give a bigger impact of the article that is present on the page. By having more negative space in the double-page spread it makes the reader much less overwhelmed and more likely to read the article.

I have then changed the one-page background to a red colour with the SharpShoot initials in the background presented in a light black so that the article is still legible, by having the changes in colour it relaxes the reader and looks more inviting with the separate colours.

I have added in another image of the directors of the company, to have them looking directly at the reader reinforces the power they have in the Kpop industry, on the main image I have placed their names below each director in the photo to show the reader who they are and how high their status is.

In addition, I have removed the sharpshoot logo and title to the top of the second so that it once again shows readers who they are reading about, at the end of the second page I have placed a small red triangle that tells readers that the article continues onto the next page. For the subtitles of each section of the article, the letters have a stroke in blue to make them stand out, even more, to give a stronger more powerful effect.

There are also quotes from both men in bold black and red to draw readers in as they will want to know where the quote has come from and why it is so significant in the article, I have rearranged the layout of the article and it has improved significantly from the first draft and really speaks out to teen girls as they want to know where their favourite stars and idols come from.

The writing is over the image of the directors, therefore it is unreadable. Not all the writing needs to be on the double-page spread, the red might be difficult for some readers. The main issue is that there is too much writing on the page making it very overwhelming to look at.

Draft of The Double Page Spread

Below is my first draft of my article. As a first article it should contain interesting images and enticing sub titles for the sub articles, I like that I have added a quick response code at the end of the the article so that readers can go onto the SharpShoot website. I also like the touch of the company’s logo in the corner of the photo as it shows recognition of the company and it is very distinct so people will be able to remember it as it will stick in their minds.

As an article it should include some drop capitals and bright bold colours to interest audiences, the by line in the article should be bold so the writer and photographer get proper credit for their work. The paragraphs should be spread out and easy to read for everyone, there could be photos within the article to separate the article to make it look more interesting. The headline is what makes the reader want to read the article as it is the first thing they will see when looking at the double page spread, a stand first gives the reader information of the article to interest them into reading it.